Betrayed by Silence: A radio documentary

How three archbishops hid the truth

For decades, the archbishops who led the Catholic archdiocese in the Twin Cities maintained that they were doing everything they could to protect children from priests who wanted to rape them.

Clergy abuse, cover-up and crisis in the Twin Cities Catholic Church • About this reporting
• Source notes
• Explore the full investigation

But the assurances were a lie, and the archbishops knew it. Three of them — John Roach, Harry Flynn (pictured above) and John Nienstedt — participated in a cover-up that pitted the finances and power of the church against the victims who dared to come forward and tell their stories.

The radio documentary above draws on dozens of interviews, thousands of never-before-published documents and insider accounts to explain how and why powerful men protected priests who abused children.

The deception began in southern Louisiana, where Flynn arrived in 1986 as bishop of the Diocese of Lafayette. He was there to fix the first national clergy sexual abuse scandal in the U.S. Catholic Church. Flynn pledged to protect children and restore the faith of parishioners. In fact, he rarely met with victims, and used attorneys to fight victims in court and protect the financial assets of the church.

Flynn later claimed to have healed the Diocese of Lafayette. He became a legendary figure: the first "healer bishop" in the Catholic Church.

Flynn's work in Louisiana led to a promotion. In 1994, he arrived in Minnesota to serve as the new archbishop of St. Paul and Minneapolis. He continued a cover-up that had been created by Roach, his predecessor. An aggressive attorney tried to expose the deception, but at every turn church leaders responded with renewed promises and seemingly new policies.

The cover-up went far beyond Louisiana and Minnesota. In 2002, bishops leveraged Flynn's credibility to help save the U.S. Catholic Church from the worst scandal in its history after the Boston Globe published revelations that church leaders had covered up abuse.

Backed by myths about his time in Louisiana, Flynn assured the faithful once again: We will protect your children.

Demonstrators gathered in Dallas outside the U.S. Conference of Catholic Bishops' 2002 meeting focused on addressing the scandal. Getty Images | File 2002

When Archbishop John Nienstedt arrived in St. Paul in 2007, he repeated that promise. Among the faithful who took him at his word was a mother who allowed her young sons to go on camping trips with a parish priest. She didn't know that the priest had been sexually assaulting her children in a camper parked just outside her office at a parish rectory.

Only later did she learn what church officials had known at the time: that the priest had a history of sexual misconduct. He is now in prison for the abuse.

The deception was finally uncovered when a 33-year-old woman was put in charge of managing a locked room filled with documents. Canon lawyer Jennifer Haselberger found hundreds of documents revealing that top church officials had covered up abuse for decades.

Most alarmingly, the cover-up continued to the present day.

Haselberger warned Nienstedt that children were in danger. He dismissed her concerns. Finally, in April 2013, Haselberger resigned. Three months later, she called MPR News to disclose the church's secrets.

The unraveling had begun.

This radio documentary was reported by Madeleine Baran and produced by Sasha Aslanian with help from Manda Lillie, Meg Martin, Tom Scheck and Laura Yuen. It was edited by Mike Edgerly. It was mixed by Erik Stromstad and Rob Byers. The project's editor is Chris Worthington. | Top photo: Getty Images 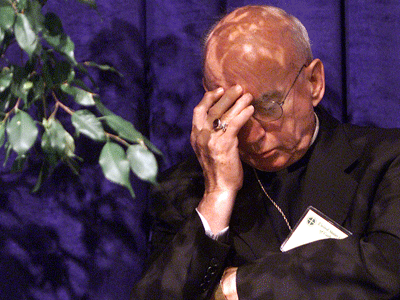 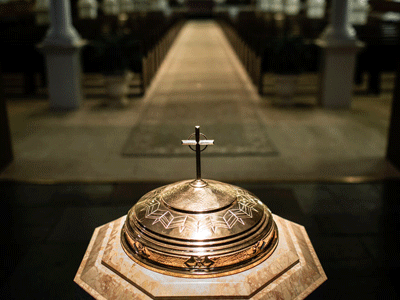 It all began in Lafayette

Sasha Aslanian is a reporter for MPR News.

Madeleine Baran is a reporter for MPR News.